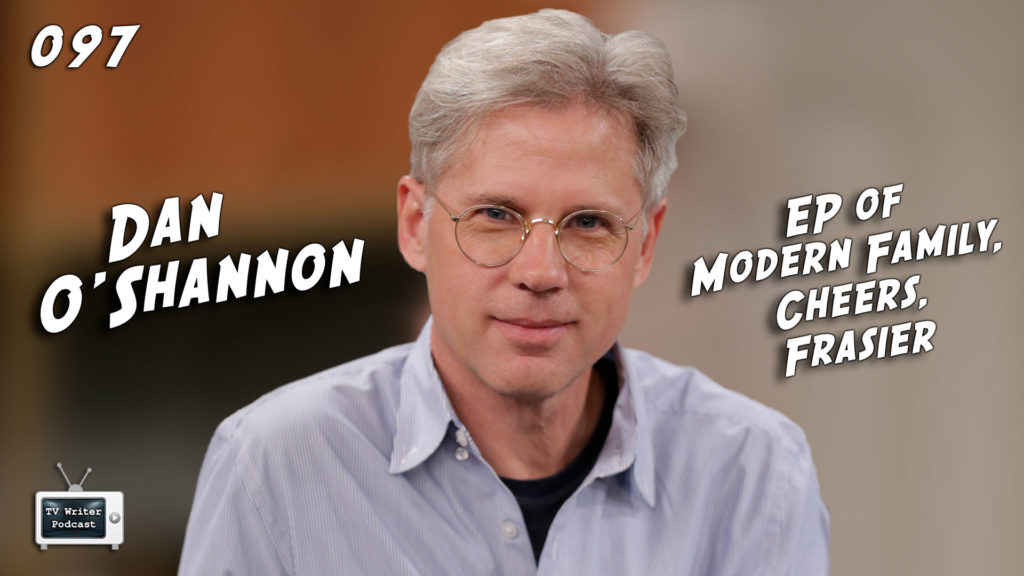 This week, host Gray Jones interviews multiple Emmy winning and Oscar-nominated comedy writer Dan O’Shannon, Executive Producer of Cheers, Frasier, and Modern Family, and author of the book, What Are You Laughing At?

Episode 097 is sponsored by Pilar Alessandra of onthepage.tv. Pilar is offering a 10% discount on any of her services: to get your 10% off, reach out to Pilar directly and mention the TV Writer Podcast.

Dan O’Shannon is a writer and producer who has worked on such hit comedies as Newhart, Cheers, and Frasier, as well as many other TV series, like The Odd Couple, Better Off Ted, and the drama Jericho. He was an executive producer on Modern Family until he left after season 5, to accept a development deal at CBS TV Studios.

Dan has won six Emmy Awards, five WGA Awards, and several Golden Globe Awards for his TV work. He also was nominated for an Academy Award for writing the short animated film Redux Riding Hood, which was produced by Disney. Another animated short he wrote and produced, The Fan and the Flower, received an Annie Award.

Dan is the author of two books, What Are You Laughing At? A Comprehensive Guide to the Comedic Event, and The Adventures of Mrs. Jesus.

2:40 – Intro, Gray geeks out about how Dan wrote on Newhart.
4:13 – What inspired Dan to do standup comedy – how he learned to be funny.
5:15 – Challenges in learning to write TV comedy pre-internet — how he took a one-way trip to LA with $100 in his pocket.
7:33 – Talk about his book – is it possible to learn how to be funny?
10:13 – How important is it for a comedy writer to do standup? Also learning how to tell a story.
12:05 – How multicam comedy offers a chance to learn how a live audience will react to jokes.
13:13 – How he made the jump from standup to TV writing.
15:10 – You’re in the writer’s room — now what? Mistakes writers make when they get on staff.
18:25 – The tough times between the first staff gig and his bigger shows.
20:48 – Secrets on how to get freelance scripts sold.
21:26 – How the writer’s strike of 1988 led to him pairing up with Tom Anderson in a writing team, getting staffed on Newhart and Cheers together, eventually showrunning the show together, and then how they split apart in a way that didn’t hurt their careers.
24:10 – On creating the series Maggie.
27:23 – The time between Maggie and Modern Family, writing drama shows for the first time.
29:04 – How Modern Family was different from a writing perspective – tight, economical writing and using mockumentary. Also discussed the production and post-production of the show.
33:10 – Single cam vs multicam from a writing perspective.
36:00 – The onset of social networks and how that affected writing.
39:00 – On developing pilots, and writing on The Orville.
41:12 – What has been the hardest part about writing for TV? On the pressure of always having to work toward deadlines, and not having a real life.
43:51 – The best part about writing for TV – working with and hanging out with some of the funniest people, and making people laugh.
45:38 – How the industry has changed over the last 35 years.
49:39 – How he distilled his decades of observations into the book What Are You Laughing At?
51:07 – About his book Adventures of Mrs. Jesus.
52:39 – Advice for less experienced writers – making your showrunner happy, what elements you need to have a successful career as a writer, and how to pitch successfully.
59:26 – What he looks for when hiring writers, in interviews and on the page. Does he read specs or pilots? Why writing a spec is so valuable, even if people will only read pilots.
1:06:27 – What might he say to his younger self based on what he knows now — don’t make your career your identity.

Upcoming weekly interviews will include Shawn Ryan (creator of Timeless and The Shield), writers from Arrow, The Flash, Legacies and Warehouse 13, and lots more! 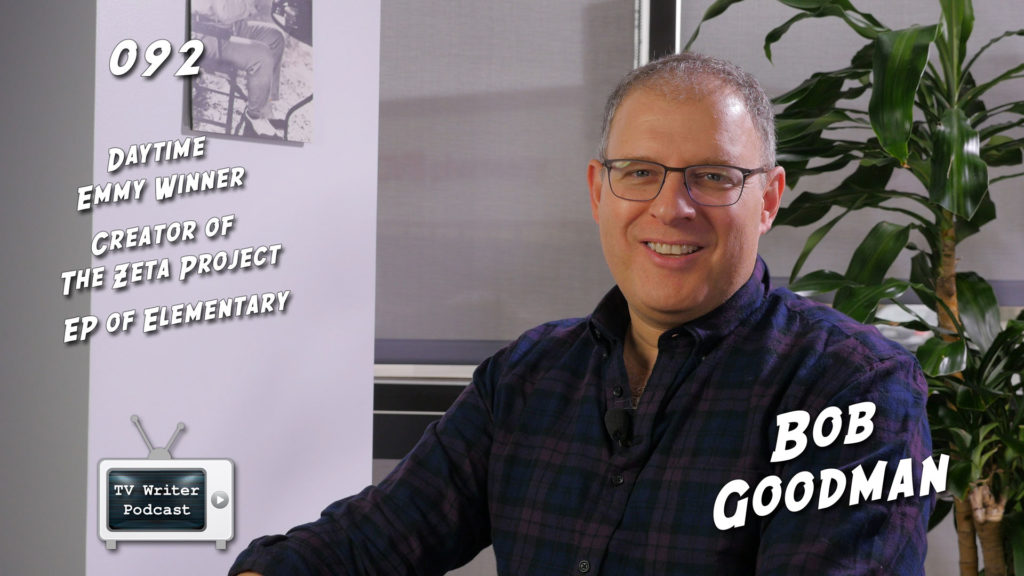 This week we hear from another animation writer / story editor. Christopher Yost has been working on animated TV series, comics, and features for almost 10 years, for well-known Marvel and D.C. franchises.

After a number of years as an advertising producer in Detroit, Michigan, Christopher Yost decided he needed to make the jump to Hollywood. He attended the Peter Stark Producing program at USC, but realized while there that writing was really his passion.

An internship at Marvel Studios led to his first break, writing a script for Marvel’s animated property X-Men: Evolution. Soon he was writing such well-known titles as D.C.’s The Batman and Teenage Mutant Ninja Turtles, and eventually became head writer and story editor on Fantastic Four, Iron Man: Armored Adventures, and The Avengers: Earth’s Mightiest Heroes.

During this time he also wrote two animated DVD features, Next Avengers: Heroes of Tomorrow, and Hulk vs. Wolverine.

Animation writer/creative producer/story editor David Dias was a hit on the TV Writer Chat several weeks ago, and is back for a one hour interview discussing all the ins and outs of writing animation for all ages, including many great tips on breaking in, pitching, and getting your idea off the ground.

After a BFA in film production from York University in Toronto, David started assistant editing at Nelvana, one of the biggest animation companies in Canada. He soon realized that he wanted to write, and landed a job on an in-house writing staff. For the next five years, he wrote for a large variety of shows, before becoming an independent writer-producer.

David has credits on over 40 animated shows from the mid-1990’s to the present, including such well known titles as Franklin, The Berenstain Bears, Doodlebops, Caillou, The Cat in the Hat Knows a Lot About That, Magi-Nation, Max & Ruby, and Redekai: Conquer the Kairu.

Breaking the usual chronological interview format, Gray and David spend almost a full hour talking about all aspects of animation writing, including how to know which companies are accepting open pitches, what you need to be able to pitch, how the quality of art can make or break a pitch, how to land an artist without having to pay up front, and much more!