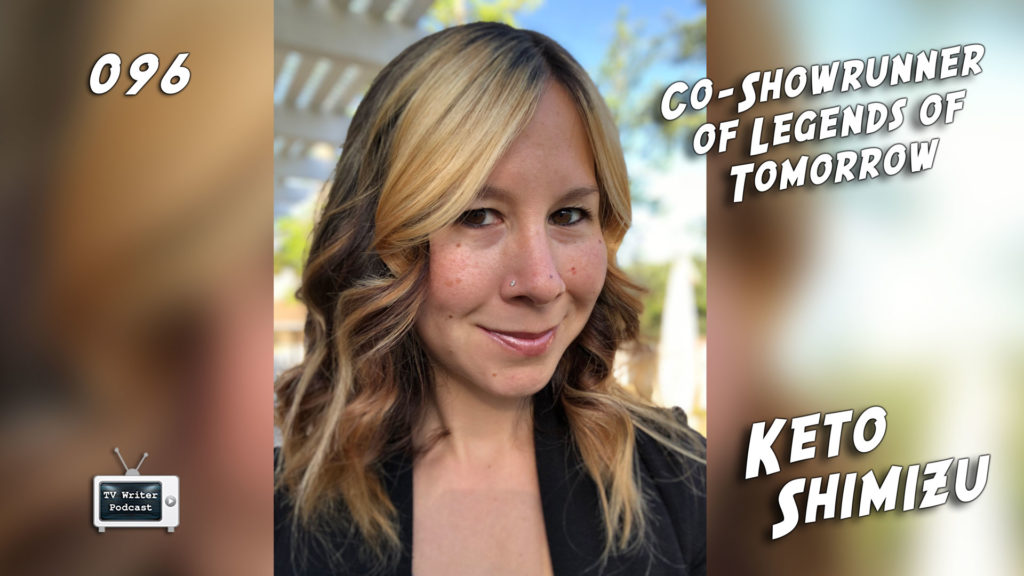 This week, host Gray Jones catches up with Keto Shimizu, co-showrunner and EP for DC’s Legends of Tomorrow, and who formerly wrote for Arrow, Being Human, and The Cape.

Episode 096 is sponsored by Pilar Alessandra of onthepage.tv. Pilar is offering a 10% discount on any of her services: to get your 10% off, reach out to Pilar directly and mention the TV Writer Podcast.

Don’t forget that Gray interviewed Keto back in 2011 (episode 10), after she had just been staffed on The Cape. In that interview, she shares a lot about how she broke in to the industry. Check it out HERE or on any of the podcast aggregators.

Keto Shimizu was born in Princeton, NJ and spent much of her youth traveling the globe with a world music choir. A life-long fan of movies and comic books, she attended film school at Emerson College in Boston, then moved to Los Angeles in 2007 to pursue a career in the industry.

Following graduation she worked in post-production, using nights and weekends to follow her true passion: writing. Her hard work paid off, as she was accepted into NBC’s “Writers on the Verge” in 2009, and shortly thereafter was staffed on NBC’s The Cape. Following its cancellation, she moved on to SyFy’s Being Human where she spent two seasons.

She was then brought on to CW’s Arrow, and after three years writing for the DC comic adaptation she transferred to the spinoff Legends of Tomorrow where she is currently a writer and Executive Producer.

2:18 – Intro, catching us up on her career since The Cape
11:15 – what was the experience like in the tough time after her first staff gig
13:59 – what to do between jobs
15:08 – using your genre calling card
18:27 – where she sees herself after Legends of Tomorrow
19:19 – the projects she’s currently developing
20:08 – on interviewing new writers
21:37 – on mentoring others, and general advice on pursuing a TV writing career
24:55 – how is the virus affecting Legends of Tomorrow

Upcoming weekly interviews will include Dan O’Shannon (EP of Cheers, Frasier, and Modern Family), Shawn Ryan(creator of Timeless and The Shield) and lots more!