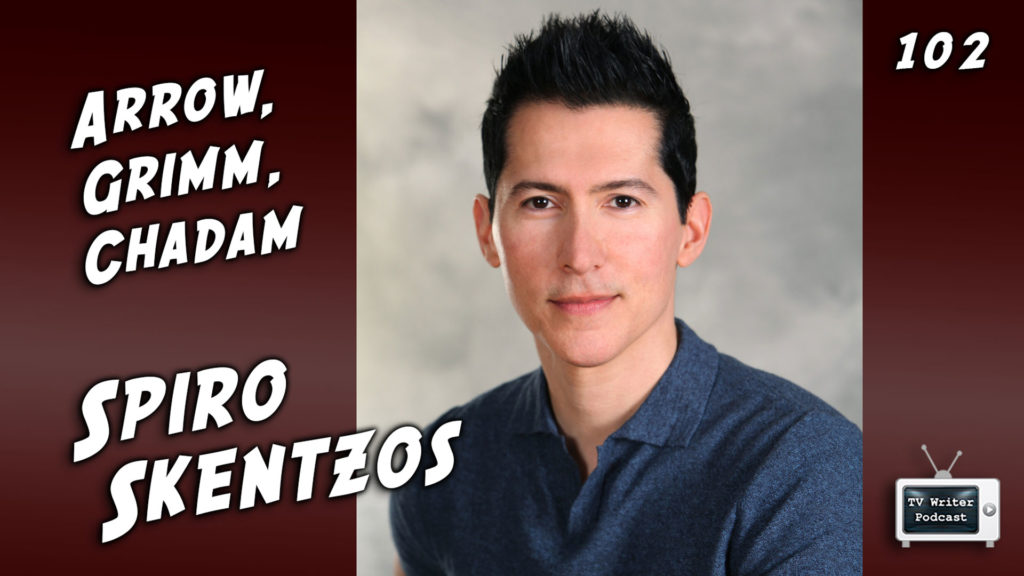 This week, host Gray Jones interviews writer Spiro Skentzos, who has written for “Arrow,” “Grimm,” and TV pilots, as well as “Chadam,” an animated web series he co-created.

Spiro Skentzos grew up in a multi-ethnic family speaking Spanish, Greek, and English – and the inevitable mash-up of Magical Realism and ancient mythology primed him as a child to fall hard for genre stories, the world-building fantasy of comic books, and Star Wars.

His first foray into screenwriting was as a young boy, when he wrote a script for his Star Wars figures where they battled his sister’s giant, menacing Barbie dolls—and he’s been writing ever since.

His professional career began in comedy on “George Lopez.” Then Spiro co-created and co-wrote the animated sci-fi/zombie web series “Chadam.” He’s written on two seasons on “Grimm,” a season on “Arrow,” and has sold 3 pilots.

To inspire the next generation of writers, Spiro created the “Intro to TV Writing” panel at Comic-Con, currently in its eleventh year. He’s a graduate of NBC’s Writers on the Verge Program, and co-chairs the WGA’s LGBTQ+ Committee. When not writing, he paints (on canvas, not houses), is learning French, and still enjoys reading comics. Follow Spiro on twitter @spirographo & IG @spirovisionproductions.